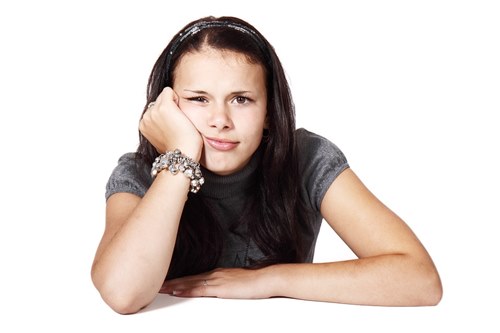 Why can't I be hypnotized?

My friends took me to a hypnosis show. A whole bunch of people pulled me up on stage. I saw people doing strip teases, and hiding from invisible men. It looked real to me. Even my boyfriend was hypnotized. But when the hypnotist talked to me, it all sounded silly. Why didn't it work?

A better question is: why does it work on some people but not on others?

Can you predict who can be hypnotized?

Most people can be hypnotized. In lab based trials, about 3% will not respond at all. People with damaged brains can not be hypnotized. This includes dementia, severe autism and low intelligence. But these are not the type of person who goes looking for hypnotherapy.

There are tests that will predict how easily you can be hypnotized. You get a score between zero and 100. It is consistent.  If you take the test again, even years later, you will get a similar score.

But no one can show what your score is actually measuring. Even people with low scores will go into trance with a skilled hypnotist.

The tests assume that hypnosis is the same for everyone. Hypnotists do not. Clinical hypnotists change their method to match the client.

Is trance the same for everyone?

It is generally assumed that hypnosis is the same thing everywhere, for everybody. In real life, individual experience of hypnosis and trance can be very different. There is not even an agreed definition of hypnosis.

Hypnosis does not have fixed properties. The effect of hypnosis depends on the individual.

Why do some people respond well?

Why do some people not respond?

Your upbringing creates unique beliefs, expectations and fears. Negative thoughts get in the way. There are several common examples:

So why can't I be hypnotized?

Unquiet Mind For most people, the problem is your own mind. The people who most need hypnosis are the ones who can't get into it. People come to hypnosis to get some sort of change in their mind. They bring anxiety, depression, anger, mistrust, loneliness and much more.
These are all barriers your mind puts up to protect itself. These feelings come from your childhood. The thing that you need to deal with, is the thing that is stopping you dealing with it. And until you deal with it, you will find it hard to go into hypnosis. A skilled hypnotist will recognize and work around your issues.

Poor Technique The other main reason is lack of skills.  If you are trying to hypnotize yourself and failing, you are doing it wrong. If a hypnotist is not getting you into trance, then the hypnotist is failing you.  Knowledge and practice will fix both.

This site uses Akismet to reduce spam. Learn how your comment data is processed.