This client came for hypnotism for teeth grinding. She said that she had been hypnotised before by someone. She didn't like it because he kept wanting to go back to her childhood in order to deal with the anxiety that was causing it. At the time she could see no reason why she should go back to childhood and refused.

She also didn't like the fact under his questioning, she told him about a teenage termination. That was something she had never told anyone. She couldn't quite believe that she actually let it out. As far as she was concerned, the termination was irrelevant. Even though she was from a Catholic family, God had forgiven her, and she felt okay about it. But the other hypnotist kept going on about it. So she did not go back to him after the first session.

She told me that she had a normal childhood. There was no connection between her upbringing and her teeth grinding. I kept asking her about her family life, and gradually she opened up, bit by bit. She said that her mother was domineering and bullying and always finding fault. Her father was distant and reserved, an introvert. He seems to have had some kind of depressive illness. She loved her father because he never criticized her.

Her mother was clearly depressed. As we talked about her family more and more relatives were brought out who, now that she thinks about it, have got various types of anxiety illness. Growing up, she and her sisters knew there was something wrong with her mother. But like all children, they decided it was their fault, not hers.

The result is that she has very low self esteem. She has a constant nagging feeling that never goes away.  In school she did badly. People thought she was on drugs all the time. At the time she felt that she was never there in her mind. She spent a lot of time unconnected to things. For long periods she felt that she was an observer of her own actions, feeling like a robot, not in charge of what she was doing and thinking. This is called derealization. It is a classic response to childhood anxiety.

In general, she is a very spiritual person. She spends a lot of time in her own unconscious mind. This may be why she feels that she so spiritual. She said that she is highly sensitive to things. Highly strung. Little things affect her. She thinks she has  ADHD. She said that until she was in her 40's she had a problem with blushing in the presence of other people.

She's a bit afraid of hypnosis. Part of this is because she is afraid that if she goes into trance she will stay in that spacey frame of mind and not be able to get out of it. When she was younger she would stay in it for months. She is also afraid that if I succeed in changing her, then she won't know who she is. She is afraid of becoming some unknown new person and maybe not liking her.

Dealing with her anxiety

Because she has a generalized anxiety, there is on one memory to aim at. So I got her to focus on her feeling of something might go wrong. I focused on how she feels now, not going back to childhood.  It took a long time for her to relax enough to accept that feeling. I was asking her if he had the feeling, but she would not answer. But she was clearly resisting having the feeling in her body. It seemed to me that she was very afraid of going back to whatever it was from childhood that was affecting her now. But when she got the feeling, it was obvious. She began twitching and grimacing and occasionally jerking as she went into the feeling. Her mind did not like it one little bit. But she was clearly in trance. There was something happening as I was talking to her, but I wasn't sure what.

To my utter surprise, she then woke up and said to me, "it's gone." She told me that I was saying "let the feeling come out". But in her mind the feeling was actually going in, going away, going deeper.  And as it did, it was getting smaller and smaller, until it was just a pinprick. She later said that was like a black ball. She felt it go inward until it was a tiny point. After she came out of trance on her own, I got her to flick the last of it away.

She told me after that she had had a feeling of dread her whole life. And she wasn't aware of it until this thing went away. And now she realizes that she doesn't feel it anymore. 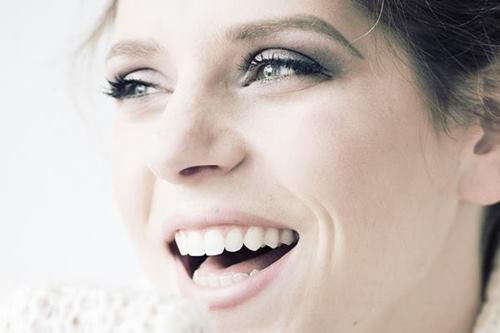