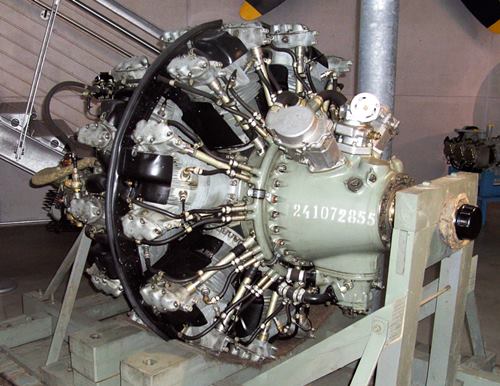 I had a very memorable client today. He told me that he had trichotillomania, hair pulling. He said that he was constantly pulling hairs out of his beard and picking at his nails. He couldn’t stop and he needed to stop because it was threatening his job.

From previous experience I know that hair pulling is associated with anxiety. I asked him when the anxiety had started. He told me that he had been anxious all his life. So I asked him to tell me about growing up. He had grown up in a religious family. His father was in the military, strict and verbally abusive. He was a perfectionist for whom nothing was ever good enough.

My client described an upbringing of constant anxiety. He had been sexually abused by an older stepbrother. I asked him at what age this happened. He said that he was three years old when it was discovered. Eventually his stepbrother was institutionalised. I pointed out that at three years old you have no memories, and so the sexual abuse, if it actually happened, would not have affected his behaviour.

I said it was much more likely that his parents had told him about it and expected him to behave badly. He told me that he’d spent much of his childhood on Ritalin. He was forced to take handfuls of pharmaceuticals every day until he went to high school. Then he just refused to take any more.

He described an endless round of psychotherapists, counselors, guides and advisers. Most of these were faith-based. A few helped, most did not. He had been to group therapy, face-to face therapy, art therapy, meditation: you name it, he’s been to it. He had spent thousands of hours in therapy. Even in therapy was hair pulling.

And I said to him, “You’ve been to all this counselling, all this therapy, and yet you are still anxious?”. “Yes, I have tried everything. I have tried to stop my racing thoughts but I still get anxious in crowds. He said “I feel that there is something still chasing me”.

I asked him what he felt had helped him. He said that being taught how to go sleep was very useful. He slept badly and often woke during the night. Meditation was also useful. He meditated on a regular basis. I asked them how it was that he meditated a lot, but still had anxiety. He just looked even more unhappy.

I felt that it was a tragedy that this decent young man had been let down by the entire therapy profession. It seemed to me there was very little wrong with him apart from his anxiety. Looking back, it seemed that most of it was the result of his parents behavior towards him. And all the nonsense labels that various therapists had tried to stick on to him.

I felt that the best approach would be to tackle his hair pulling and anxiety head-on. Since he said that he had been meditating a lot, and was good at it, I asked him to put himself into trance. ‘Just say the word “yes”, when you are there.’

He proceeded to put himself under. I  deepened the trance. Then I suggested that he focused on this feeling of “something still chasing me”. His expression changed, and it became clear that he was actually experiencing that old anxiety. I kept on suggesting that he could go deeper into the anxiety, to become more aware of it, to allow it to come out fully. His whole body was showing signs of anxiety. I then suggested that he could become curious about that feeling. I asked him to consider its size, its colour, its shape, and what object it most resembled.

He said “it’s a motor”. This surprised me. Most people think of clouds or stones or something fairly general. I was quite happy to accept a motor, so I continue developing it. He said it was about the size of a basketball, it was black, it had moving parts, and it was dangerous. I asked “what else you know about it?”. He told me it was a Langolier motor. This meant nothing to me, and I wasn’t sure if I’d heard him correctly. He had a very clear image of the motor whatever it was, so I started on the next stage which is to change into something else.

I asked him “what would you like to have happen to this thing?”. He said he wanted to stop it. Then he said he wanted to take it apart. I asked “and what would that mean for you, if it stopped and you took it apart?”. He said “I could rebuild it”. This wasn’t what I expected, but I pressed on. “And what would it mean for you if you could rebuild it?”. He said “then I would know how it worked”. I asked again “and what would it mean for you when you know how it works?”. He said “then I could be calm”. This meant he had now established a link between changing the motor metaphor and his desired state. Changing the motor in any way would break him out of his anxiety state.

So I asked him “what would have to happen for that motor to stop?”. He said it couldn’t stop. It was too dangerous. He couldn’t even see it clearly, because it was moving so fast. Even going near it, things could fly off it and injure you. This was his unconscious mind’s way of keeping away from the feeling. Most likely he had never really addressed the feeling at all at any time in his life, for fear of what might happen.

I then suggested, gently, that possibly some sort of wall, some sort of barrier could go around it. A moment later he said “Ah yes, there is a barrier around it”. I asked him what it was made of. He said “glass”. So I said, “just allow whatever wants to happen to happen”. After a short time, He said “it’s filled with water” with a sense of surprise in his voice. Then he said “it has frozen”. And now I can see it clearly. “It’s a very clever intricate machine”. And he began to describe in some detail. He was clearly thinking of some real machine, and not some vague metaphor. This was very puzzling to me, but I kept on with the therapy.

I asked him what he would like to have happen to it. And he said again “I want to take it apart”. So I gently suggested he begin taking apart. And he described in excruciating detail exactly what he was doing. He was taking tiny screwdrivers and removing the screws. Each screw was carefully bagged, colour-coded, labelled and laid out. He described taking each bit apart, laying it out, taking sketches and photographs so that he would know how to put back together again.

And he was constantly remarking on how clever and intricate and well-designed it was. He was filled with admiration for the working of this machine. This actually wasn’t what I was trying to achieve. I needed him to destroy the machine, not follow in love with it. So I made more suggestions about what to do with the machine. Eventually he said ” I could build something different with it”. So I encourage them to think about using just a few parts to make something useful. He seemed very taken with this idea. He said he could make something for everyone and they would find it useful.

I said “and you can be proud of that, can’t you?”. “Oh yes,” he said “but then everyone would start arguing about where the idea came from and try to patent it would cause a whole lot of arguments”. So I then spent some time trying to assure him that it actually would work out well. I then checked to see if all the parts had been used. “And is there anything left of that machine?”.

He told me that there were many parts left. There were sharp and dangerous and couldn’t be touched. I asked him what he was going to do with them. He said he would bag them up and put them away. This was not what I wanted. I wanted him to destroy those dangerous parts. Otherwise they might come back at some future time and ruin all the good work we had been  doing. I told him he had to get rid of them. And he said “okay, I will give them to some friends of mine”. This would not at all what I had expected, but I figured  getting rid of them that way was as good as any other way.

So the machine had now been dismantled. I reminded him that this meant that he could now change. I asked him “how does that anxiety seem to you now?”. He said “it all seems very distant”. Job done.

I then brought out of trance and we chatted for a while. He said to me “did you notice that I called that a Langolier?”. I said yes but I had no idea what what he meant by it. He told me that when he was a child he had watched the Stephen King movie with his father. It had frightened him at the time. The movie was about going to the edge of time and these machines called Langolier continually ate Time.

His young mind had associated these machines with some enormous monstrous power that consumed everything and could not be stopped. Somehow or other he had made a link between that and his childhood anxiety caused by things that he couldn’t stop and had no control over. That was the metaphor that he brought up from the depths of his unconscious. By dismantling and disabling that machine metaphorically, he had dismantled his feelings of anxiety.

It is very seldom I get such a direct link back to the visualization of a childhood anxiety. But in this case it was very clear how his mind thought of his problems, and thought of them like this invincible machine. I made no attempt to address this trichotillomania as he had asked for. Instead, going after the source of the anxiety allowed him to take back control of his whole life. The hair pulling and nail picking will clear up by themselves now.

Outcome of the Hair Pulling treatment

I’m writing to you almost a week after having undergone your hypnotherapy for my trichotillomania and I’m in a bit of shock actually. I’ve not pulled a single hair from my body, not one. Occasionally I will touch my beard but almost immediately remind myself that “oh yeah, I don’t have to do that anymore”. It’s more than incredible, it’s life changing and I can’t thank you enough.
The ugly and driving anxiety that was driving this behaviour and others is gone and I can finally relax. I’ve even gone and purchased some concert tickets for my wife because I feel I can be in a crowd and enclosed space again, which will make a delightful Valentine’s Day present to my wife.
Best of luck to you, your work transition, and the ongoing project that is your wonderful home. Thank you again and infinitely.