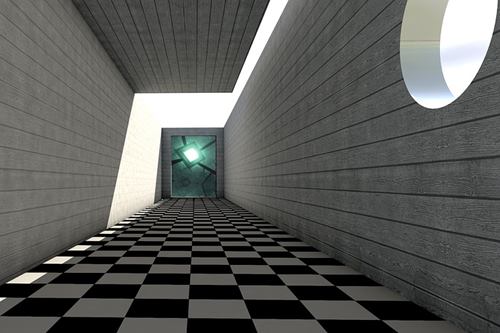 This client was a young woman who has had a number of relationships. But at some point in the relationship, her partner betrays her trust in some way. Typically she will find her partner talking to other women in a way that she finds unacceptable.

She asked me to do regression with her. She had no clear idea of what she wanted from it. “I just think that there might be something in a past life that is making me feel the way I am now.” She had listened to YouTube downloads, and hypnotist recordings, but never really felt hypnotized. “I have the same behavior patterns again and again, I am looking for the reason for it.”

She has always broken up her relationships because she feels the person just will not agree to her standards. She could not think of any reason why this kept happening. “I am not going to lower my standards.” She felt quite justified in her behavior towards her partners. And she was quite clear that it was their behavior that needed to change.

Sometimes her ex-partner and she would meet again after a year or so and the ex-partner would want to start up the relationship again. But in her mind it was over for ever and she couldn’t possibly start seeing him again.

Is it black and White thinking?

From all this I surmise that she in fact has black and white thinking. She has unreasonable standards, and expects other people to meet them, and rejects them when they don’t.

So I gently asked her, “do you find yourself going over and over things from the past in your mind”. “Yes”.

“Do you get irritated when other people don’t do things you think they should be able to, should do?” “Yes”.

“Do you prefer your own company, and feel comfortable, and seek out times of being on your own?” “Yes”.

“Is it a bit of a bother being social with other people?”. “Yes”.

It was obvious to me that this woman had problems in this life, not with a past life. What I had to do was to convince her that that was the case.

So I started gently probing about other parts of her life, her upbringing, her attitudes, and beliefs. She told me she had a wonderful childhood, with supportive parents and a loving home. She realised that she had a problem with ending relationships, but it could not be anything to do with her childhood because only people from broken homes have problems with relationships.

I then told her about dysthymia and my suspicions that she was suffering from it. Dysthymia is a form of long term, low grade anxiety. Gradually, as I unfolded all the symptoms, she began to realize that almost everything in her relationship problems was explained by the symptoms of dysthymia.

Then she said “this is my dad you’re describing”. I then explained to her about genetic inheritance and how she probably was born with a tendency towards this behavior. As we kept talking she revealed more and more of her behavior that exactly matched the symptoms of dysthymia. She had never realised that all of these different things were actually aspects of the same problem.

Interestingly, as I suggested things that she might do, her own black and white thinking flared up, and she found herself rejecting suggestions out of hand. When I pointed this out to her, I could see understanding dawning on her face. She was finally beginning to realize the extent to which her behavior was actually dictated by the dysthymia. Anything that did not match her expectations was automatically rejected. This is precisely what she was doing to her partners.

She accepted everything I said, but was puzzled as to why she had never heard of dysthymia before. She was going to go and find out more about it.

I decided fairly quickly that she had dysthymia, and I was torn between doing that aggression she wanted and giving her what she needed. I’m still not sure that I did the right thing. But I did check with her that she was happy with what we had done. She said that she was.

By the end she had realised that there was a simple explanation for her behavior. There was no need to try to find it in past lives. All she had to do was recognise what was driving her behavior , and adjust her life style.

Or is it jealousy?

We also spent some time talking about jealousy. She agreed that her anxiety about her partner talking to other women seem to be jealousy. I explained to her that jealousy is a fear of being hurt by losing someone that you have a strong relationship with. I left that to think about what might be the cause of that.

She is also going to start changing her lifestyle getting more exercise, eating properly, and learning to challenge her thoughts. I believe she will succeed very easily. Hopefully there is a strong, lasting relationship in her future.